Hailed as a quick, easy and cheap way to mitigate climate change by providing incentives to conserve tropical forests, REDD+ (reducing emissions from deforestation and forest degradation and enhancing forest carbon stocks) emerged on the global scene 10 years ago as a beacon of hope, mobilizing huge commitment and resources worldwide.

Now people are asking, is it paying off?

A new book, Transforming REDD+: Lessons and new directions, takes a timely and critical look at that question, examining evidence on REDD+ financing, national politics, impact assessment, the role of the private sector, and how countries can integrate REDD+ into their commitments under the Paris Agreement, among other topics.

The authors of the book found that, while there are few evaluations of the impact of local REDD+ initiatives on forests, the results of these are moderately encouraging. REDD+ has improved countries’ monitoring capacities and understanding of drivers, increased stakeholder involvement, and provided a platform to secure indigenous and community land rights – all key conditions for addressing deforestation and forest degradation. In terms of how REDD+ affects rural peoples’ well-being, evidence is mixed but the effects are more likely to be positive when incentives are included, rather than just a ban on cutting trees. Studies on biodiversity and adaptation outcomes are scarce.

The authors ask, why such modest results for such a compelling idea? The book lays out many answers, some expected and some surprising. For one, REDD+ has not been tested as envisioned – as a system to create incentives to conserve forest carbon through results-based payment. Carbon markets didn’t materialize as planned, and international funding has been low; compounding this are a lack of support and coordination at the national level, and unresolved land tenure issues that prevent people from gaining the full benefits from trees and forests in some countries.

22 initiatives in 6 countries across Latin America, Africa and Asia

Yet REDD+ has also evolved in unexpected ways, many of which show promise in supporting its broader goals. These include private sector sustainability commitments, climate-smart agriculture, forest and landscape restoration, and more holistic jurisdictional approaches that work across legally defined territories.

The book draws on evidence from CIFOR’s Global Comparative Study on REDD+ and other research into REDD+ initiatives across the tropics. It was launched at the Global Landscapes Forum in Bonn, Germany, along with a discussion forum titled “10 years of the Global Comparative Study on REDD+: What we’ve learned and where we go next?” The short, stand-alone chapters, which include summary infographics and case stories, can be downloaded from the CIFOR library.

We cannot lose sight of the urgent need to reduce forest-based emissions to prevent catastrophic climate change. This book offers a critical, evidence-based analysis of how REDD+ has been implemented so far, and lays out what is needed to make it truly transformational.” 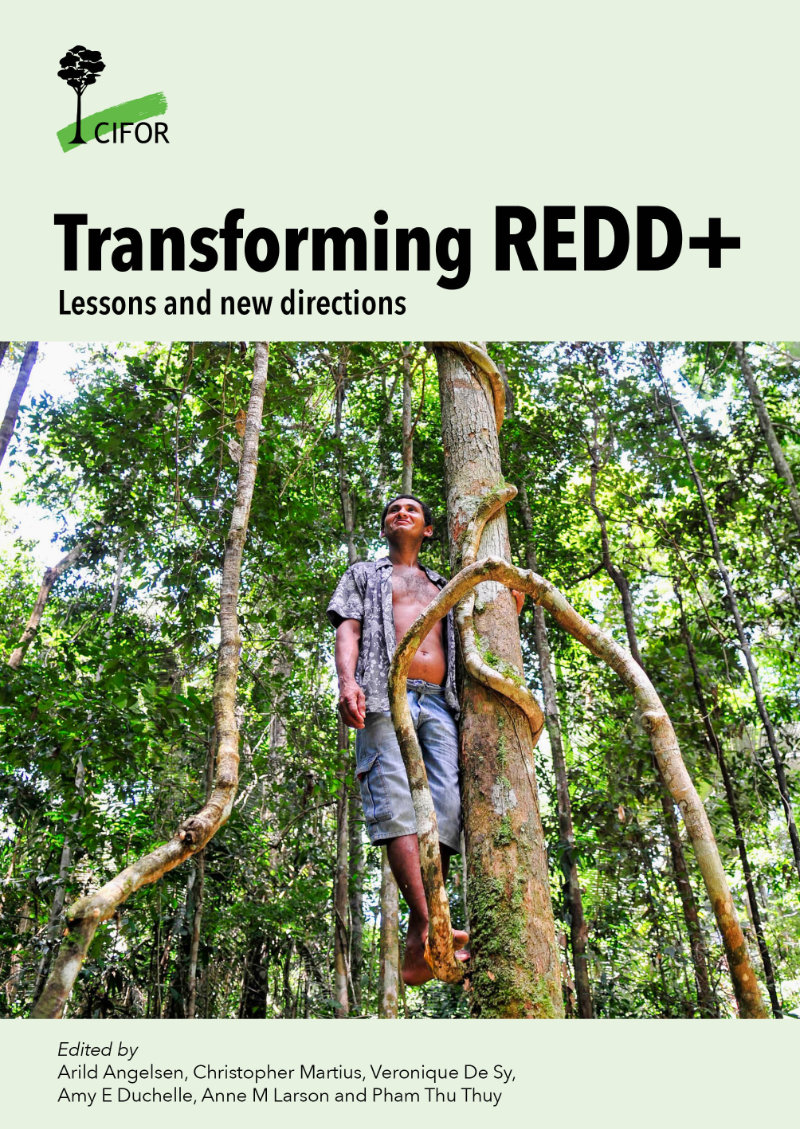 The winding path to transformational change

‘Evaluation must be done’